We like to firmly believe in the theory that casino games are nothing more than games where you need a lot of luck to win. However, this is not always the case. There are many situations where you need to use some tactics or strategies to win the game. You do not have to depend entirely on your luck. People who have spent years in gambling, whether for fun gambling or professional gambling, have learned this the hard way. They learned that they should not leave the game to luck, but should build a good plan and try to beat the house or other players.

Today on the menu, we have a very interesting topic. Today we will pay special attention to a card game called blackjack and we will try to solve the eternal mystery, whether this game is a game of skill or a game that is totally based on luck.

To begin with, let us introduce you to the rules of the game, although we think many of you are familiar with them. The rules of this card game are quite simple and beginners will be able to play very quickly and easily. Blackjack is a game in which a minimum of two players can participate, but the maximum number of players is 7. Depending on the number of players who will be interested in playing the game, one to eight decks of cards can be used. We can usually see that mostly blackjack games were played with a minimum number of players, ie with two. On one side of the table are the players participating in the game, while on the other side is the dealer who has the role of handing out the cards on the table. The purpose of the game is quite simple, players should try to make the sum of their cards reach a sum of 21, or be as close as possible to this amount. If the player exceeds this number, the sum of 21, he loses the game, ie he loses the bet. As we mentioned the rules of the game are too easy to follow.

But what do you think, do you need any strategies and skills for this game or can you freely indulge in the luck you have and win with its help?

Our answer, as well as the answer of many experienced casino players who would tell you the same thing, is that for blackjack you need both things to be able to win the game. Maybe this will discourage you from playing because you think you do not have enough skills and experience to be part of the game or it will make you even more interested in participating in this card game because you think that if you mix the right strategy with your luck will be able to come out on top as a winner.

What strategy or tactics would you need to succeed in Blackjack?

One of the most used strategies when it comes to Blackjack is card counting. What is this about? Even if you are not the best at math you would be able to master this technique. It is enough to have a good memory and nothing more. How this tactic works and how it can help you reach the sum of 21 and beat the house or beat the other players. Although there are many ways to count cards, the easiest and fastest to use is high-low. The strategy of high-low is very simple, deck cards are divided into three groups, high cards with tens and up, along with aces, low cards from 2 to 6, and those in the middle that are not so important. The player counting the cards starts with a sum of zero, each time the dealer deals a high card, the player subtracts 1 from the sum, so he stays at -1. Each time the dealer deals a low card, the player adds 1 to the amount, if the card dealt is from a group that is neither high nor low, the amount remains unchanged, ie the player neither adds nor subtracts. If the player’s sum is 3, then it is very likely that the next cards that follow will be from the high card group, and here the player is given a chance to increase the bet and win the game.

Is card counting against house rules?

In casinos, however, no rule says it is forbidden to count cards because you do not use a device that is illegal in the game but simply use your brain and good memory to count cards and increase your chances of victory. We believe that all good players use this strategy to win the house and win valuable cash prizes.

But it is best not to let others know that you are using the card counting trick, this is one of the oldest tricks in Blackjack history. We believe that this trick has helped many players to win over the house and other players.

If you want to try this card counting strategy, we recommend that you do it right away. And you do not have to leave home, you can check this website. Best of all, this is an online casino, so others will not even notice that you are using this trick. If you are a new player, you can certainly use the privilege and have the opportunity to win a bonus with which you can start the game. All you have to do is select one of the Blackjack table tables and start playing. One positive feature of the site is that if you win, the payments are made in the shortest possible time.

I hope that after this text it became crystal clear to you that casino games are not always based on luck. Beginners and even professional players need to make a good plan and strategy game that will help them beat the other players. Blackjack is an ideal example of a card game in which skill and luck if mixed, you will eventually be able to beat the house. 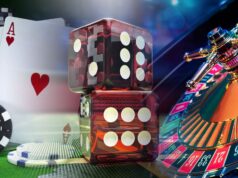 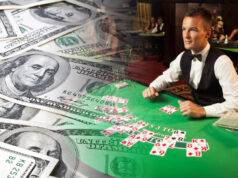